Between February 12th 2014 and February 25th 2014 two South African and two Austrian artists came together to work in a group on the subject "heroes".

The subject "heroes" should open the discussion on the socio-political background of South Africa in the widest possible sense. There are political heroes, but also political drawbacks and there are heroes of the everyday life, but also troubles and humiliation.

Stompie Seliwe developed a series of collage paintings, Sipho Gwala applied stencil like wall painting as used in street art, Walter Stach developed a screen with symbols and names of heroes and Wolf Werdigier concentrated on the documents of Truth and Reconciliation Commissions. 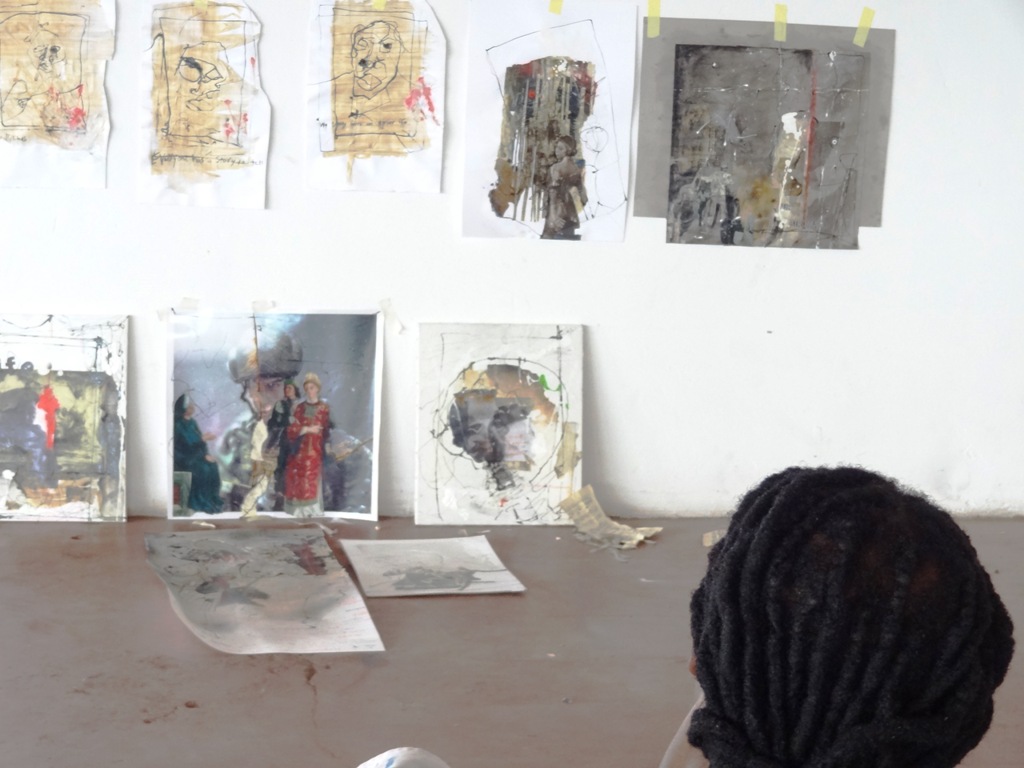 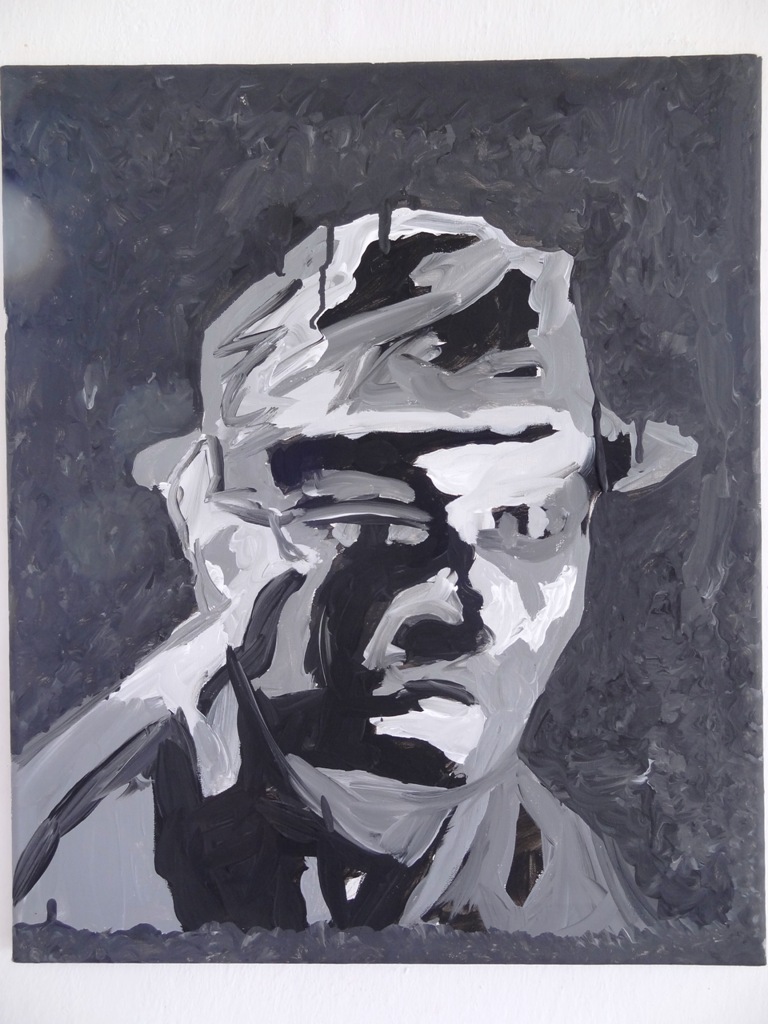 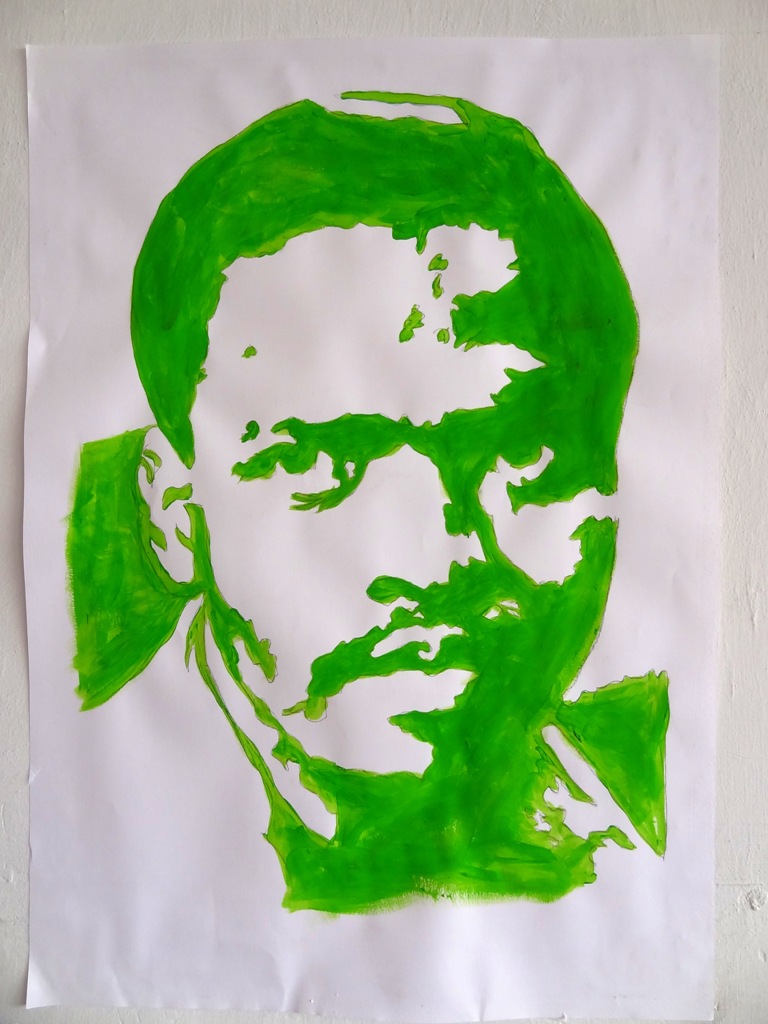 These different approaches have been presented in an exhibition in 208 Foxstreet, third floor, Maboneng, Johannesburg between Sunday, February 23rd and Tuesday, February 25th.

Among the visitors were prominent people like those interviewed in connection with the TRC but also representatives of internet platforms participating to communicate the event to the public. So for instance Don von Orr.

The exhibition has been sponsored by the Austrian embassy.

THE TRUTH AND RECONCILIATION COMISSION 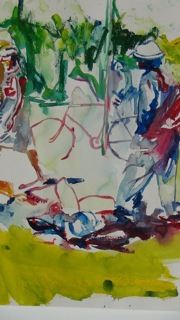 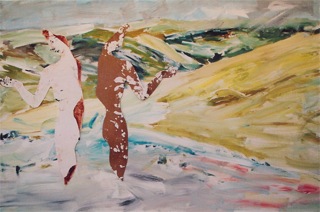 "the invisible other"
Jerusalem 1998 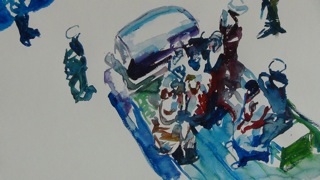 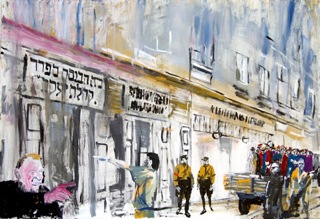 "the layout of deportation"
Vienna 1938 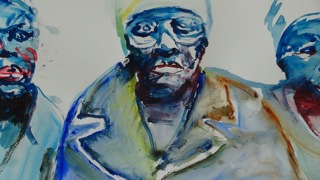 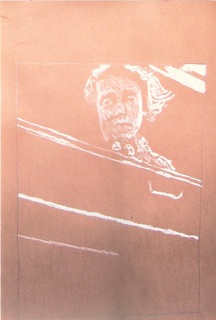 "you know it and you cannot change it"
Kindertransport to England, Vienna 1938 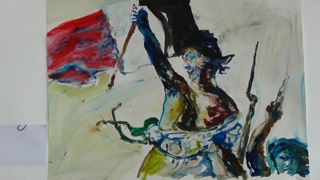 one of the fundaments of integration is laid in the Constitition of Southafrica:

" We, the people of South Africa,
Recognise the injusties of our past;
Honour those who suffered for justice and freedom in our land;
Respect those who have worked to build and develop our country; and
Believe that South Africa belongs to all who live in it, united in our diversity."

the fight of the people of South Africa for a democratic state is a common history to all,
it is a agreed on by all system of values, comparable to the
agreed on values of the French revolution. 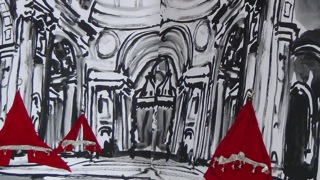 The Central Methodist Curch, Johannesburg
gives shelter every night
to 1000 to 3000 homeless and refugees.
The Bishop cooperates with the Islamic Community for installing a kitchen to
give these people meals. On this cooperation he says:
we have to confront the other:
"do you understand, what we think of you?"
To give an example:
"If you are known as a thief, I have to confront you with this" 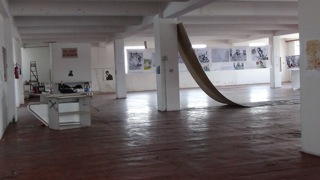 this exhibition has been sponsored by the Austrian Embassy